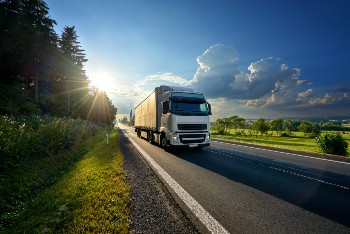 The Pacific Northwest is a hub of commerce whose reach spans the United States. Ships entering the Port of Seattle and planes landing at Sea-Tac bring cargo from around the world to be offloaded and carried in semi-trailer trucks to stores and manufacturers in every state. Without those commercial vehicles, commerce itself would run out of gas.

Even so, our Washington injury lawyer adds, the constant presence of semi-trucks in Washington State has intensified in recent years due to the increased use of online ordering and the box trucks used to ship those products. That increased presence has resulted in an increase in trucking accidents and the severe injuries associated with them.

Many—if not most—collisions between a passenger vehicle and a commercial truck result in the same kind of minor scrapes and bruises associated with traffic accidents between cars, though the enormous weight of a semi-truck can cause serious damage even at low speeds. Cars weigh an average of 4,000 pounds, while a fully-loaded commercial semi could weigh as much as 80,000 pounds.

You should always seek medical attention immediately following a collision with a truck, whether at the scene of the accident, at a nearby emergency room, or in your doctor’s office. Injuries may not be immediately perceptible—taking hours or days for symptoms to develop.

Because of the significant difference between the weight and power of a semi-truck compared to a passenger car, truck accidents can result in life-altering, permanent injuries:

Sadly, the mass and force of a semi can easily result in the death of others. Analysis of crash statistics reveals that, when a semi collides with a passenger vehicle, the driver of the car is three times more likely to be injured. This, coupled with the fact that one in every one hundred truck crashes will result in a fatality, emphasizes the huge risk experienced by motorists as a consequence of a healthy shipping economy.

What Happens After the Accident?

Truckers who exceed the speed limit, fail to secure their load properly, refuse to or are denied rest causing fatigue, follow too closely to provide adequate time to break, ignore their blind spots, or drive while distracted by phones or onboard computers create a dangerous environment which could injure or kill an innocent motorist. Poorly maintained vehicles or failure to signal hazardous or oversized loads show a lack of care on the part of the trucking company, who may also share in the blame for these avoidable tragedies.

If you or someone you love has been injured in a trucking accident, and you believe the driver or their company is to blame, you need an attorney with experience in trucking injury cases who is willing to stand up to company and insurance lawyers to demand full and fair compensation for your injuries. Contact our offices today to schedule a free consultation to learn how the team at Max Meyers Law can help you. Be sure to also request a copy of our book, Car Accident Secrets Unlocked, so you can learn more about how to protect yourself following an accident of any type.

Have You Been Injured in a Washington Truck Accident? Schedule a Free Consultation

Attorney Max Meyers works with victims of Washington truck accidents, helping them all get the compensation they deserve. Working with a Bothell truck accident lawyer provides you with a whole set of additional resources and skills that, in the end, will improve your chances of a more generous settlement. Having an attorney will also give you much greater peace of mind knowing the legal piece is being covered while you focus on recovering from your injuries.