What are the most common types of bicycle accidents in Washington? 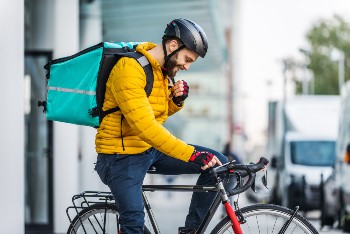 Every bicyclist in Washington State has their favorite stretch of road: taking the hills on Bainbridge Island, racing the waves along Elliott Bay Trail, or soaking in the scenery all along the Bay to Baker Trail. Even though every rider has their preferred route, we all share a common love for fresh air, a generous tail wind, and life on two wheels.

Unfortunately, life on two wheels also comes with common dangers which every rider—from bicycle messenger to triathlete-in-training to cross-town commuter—will face. Understanding common accident types, where they happen, and what to look out for will keep you safe and rolling this cycling season.

One common type of accident on the open road is sideswiping—which occurs when a bicycle rider and a car are sharing a lane of traffic when the car veers toward the cyclists, either driving them off the road or hitting the cyclist with the side of their vehicle. A similar accident type occurs when a car which is traveling at a higher rate of speed hits a cyclist from behind when overtaking the rider.

In each of these open-road accident types, the cause is frequently distracted driving. Drivers in cars and trucks who take their eyes off the road to send a text, check their map, or take a bite from their drive-thru lunch may not see a bicycle rider until it is too late. Alcohol and drugs also increase accident risk.

Common Accidents at Intersections and Crossings

Though bicycles are considered road vehicles in Washington State, it rarely seems as if cyclists are treated equally at intersections and crossings where traffic signals and right-of-way rules dictate behavior. The speed of impact in these accidents is usually (though not always) slower than open-road accidents, so they may seem less likely to cause injury, but statistics show that even low-speed collisions between cars and bicycle riders can cause serious injury and death, especially when a cyclist strikes their head on the vehicle or pavement during the accident and suffers a traumatic brain injury (TBI).

Frequently, motorists fail to even see bicycles at intersections or other crossings, or forget to consider the bicycle as having the same right of way that cars have, resulting in an accident. For instance, cars turning left across oncoming traffic are required to yield to oncoming traffic, but frequently drivers don’t see—or believe they can “beat”—a bicycle rider travelling straight through the intersection in the opposite direction, and the bike and car collide when the driver pulls into the cyclist’s path. Similarly, drivers turning right at an intersection may not notice a cyclist directly to their right and turn directly into the rider or otherwise block the cyclist’s path—resulting in a crash.

Here again, distracted driving is often the cause, though another cause is “biker blindness”, in which drivers become so focused on other motorists at an intersection that they completely ignore bicyclists around them.

It may seem paradoxical at first, but some of the most damaging accidents between bicycles and cars happen when the car is not even moving at all.

When a car parallel parks on a city street, for instance, the driver may forget to check their surroundings before opening their door into traffic. That is bad luck for the car door if a semi happens to be passing at that moment, but it is terrible luck for the cyclist coasting downhill when a car door opens directly in front of them. Cyclists who are “doored” make up only two percent of all bicycle/car accidents nationwide, but in large cities like Seattle, as many as one in four accidents are the result of “dooring”.

What Should I Do If I Am in an Accident on My Bike?

Regardless of whether your accident occurs in the city or on a trail, on the open road or in a parking lot, the first thing every cyclist must do if they have been involved in an accident is seek medical attention. Serious injuries, including TBI and spinal trauma, may not show symptoms for hours or even days, so seek treatment even if you do not feel hurt. This treatment will also establish your injuries at the time of the accident, which may be important when seeking compensation for medical care or lost wages caused by a negligent driver.

The next thing to do after being injured by a negligent driver while riding your bicycle is contact an experienced bicycle accident attorney in Washington. Contact our offices today to schedule a free consultation to learn how Max Meyers Law can help protect your rights, secure full and fair compensation for your injuries, and get you back on the road again. Be sure to ask for a copy of our free book: Bicycle Accident Secrets Unlocked to learn more.