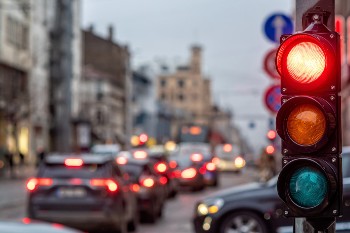 In Washington State, it is legal for cars to make a right turn on a red light as long as they come to a complete stop and watch for pedestrians and oncoming traffic—and as long as there is no posted sign stating otherwise.

While this law has had certain benefits for drivers and fuel consumption, it comes with increased risks to pedestrians trying to cross the street. Studies have shown that pedestrian accidents and fatalities have increased significantly across numerous major cities since the right turn on red (RTOR) was enacted.

As more people have begun adopting a walking or bicycling lifestyle in Washington State, injuries from RTOR accidents are also on the rise. Our Washington car accident attorney takes a closer look at this issue, examines the risks of right-turning on red to pedestrians, and talks about what to do if you’re an injury victim.

Individual states (including Washington State) first began legalizing RTOR for vehicles in the late 1960s and early 70s. Then, during the energy crisis, which began in 1973, the Department of Energy figured out that allowing drivers to turn right against a red light (with proper precautions) saves several seconds of driving time at each stop—and by extension, saves on fuel consumption. By 1975, the federal government began pressuring all states to adopt RTOR policies. By 1980, it was legal in every state.

Why Is There an Increased Risk to Pedestrians?

Instead of watching for traffic and pedestrians, they often look left to check for oncoming traffic, then quickly glance right before turning without taking adequate time to make sure there are no pedestrians or cyclists in the crosswalk. In many cases, drivers don’t even take the time to come to a complete stop.

Who Is at Fault in a Pedestrian Right on Red Accident?

To be clear, even though vehicles have the right to make a right turn on red, Washington State still gives you the right-of-way as a pedestrian as long as you are in the crosswalk. Always. The only mitigating factor is if you lunge into traffic before the car has a reasonable chance to stop.

Furthermore, drivers have an inherent duty of care to watch for pedestrians, especially at intersections and crosswalks. So, if you are a pedestrian injured in an RTOR accident, the fault almost always lies with the driver of the vehicle that hit you—and that means you are almost certainly eligible to recover damages for your injuries.

What Should You Do If You’re Hurt in a Pedestrian RTOR Accident?

If you’re a pedestrian injured in an RTOR accident, the steps you take could have a significant impact on your personal injury claim. For best results, do the following: