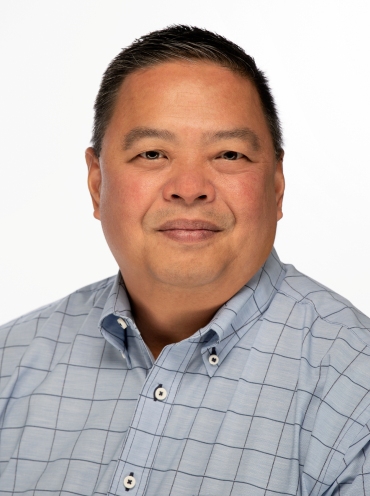 Richard came to us from the non-profit sector where he spent the past 13 years working in credit counseling and consumer education.  Previous to that, he has had experience in annuities, auto financing, mortgages and banking, totaling over 30 years in customer service and management.

Richard grew up in Hawaii and has lived in Washington state since November 1995. He has been married to Barbara for over 24 years and has two children, Richard Jr. and Ma’ile, and a cat, Misty. Richard Jr. is a freshman in Concordia College in Portland, Oregon. Ma’ile is a freshman at Jackson High School.

Richard enjoys cooking at home and has been told he has one of the best homemade teriyaki sauces.  Perhaps we can convince him to share his recipe in the future. He and Barbara enjoy travelling when Barbara finds a deal they can’t refuse. They have been fortunate to be able to travel to the Caribbean, Canada, Mexico, England, Scotland, Amsterdam, Sweden, Denmark, South Africa, Portugal, Spain, the Greek Islands, Turkey, Costa Rica, Honduras, the Panama Canal, Alaska and Hawaii.