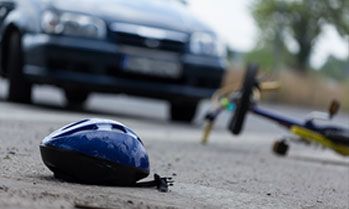 Were You or Someone You Love Seriously Injured in a Washington State Bicycle Accident?

One of the best things about living in Seattle is how bicycle friendly it is. The City of Seattle Department of Transportation even has a long-term Bicycle Master Plan in place to make Seattle one of the most bike friendly city’s in the United States. However, there are still plenty of drivers on our streets and because of that, cyclists frequently end up as innocent, injured victims in accidents caused by negligent drivers.

Did a person in a parked car open her door onto your moving bicycle? Were you in a crosswalk when an SUV decided to blow through the red light? If you were in a bicycle accident in or around Seattle or the greater Puget Sound area the Washington state personal injury law firm of Max Meyers Law is here to help. We know how devastating an accident can be, both physically and emotionally, and we want you to have the opportunity to heal and move forward.

A Washington State Bicycle Accident Attorney With a Passion For Cycling

According to a 2013 survey by the Seattle DOT, over 158,000 Seattleites ride bicycles. The number one reason those with a working bicycle don't ride more often? They don't feel safe. This answer did not surprise us in the least because, on average, there's one bicycle crash reported to the police every single day in Seattle. These bicycle accidents are all different, but the more common types we see are:

In addition to Attorney Max Meyers' experience with Seattle bicycle accident cases, he has the rare ability to see things from your perspective because he has been a cyclist just like you. Max is an accomplished road cyclist; he has participated in the over-200-mile Seattle-to-Portland Bicycle Classic, has biked Mount Rainier's vertical climb with 10,000 feet of total elevation gain, and has taken multiple bike trips across a variety of states and countries.

Seattle is a beautiful city to explore by bicycle, but doing so means that you don’t have the same protection from cars, trucks, buses and other vehicles that aren't following the rules of the road. It is also alarming how many injured bicyclists we meet that were lawfully riding through an intersection at the time of their accidents and a car flat out failed to see them.

When cars hit bicyclists, their injuries are often extremely serious and may require months or years of treatment and rehabilitation. Many people will never be the same again and some may not even survive. Injuries in pedestrian accidents include:

Contact Our Bicycle Accident Law Firm for a Free Consultation

Even if you’re not sure you need an attorney at this point, give Max Meyers Law a call. Your first consultation with us is completely free, so even if you aren't going to require legal assistance, we can still give you our professional advice and try to help you get fair compensation for the injuries you or your loved one sustained.

Call the office of Max Meyers Law today at  425-399-7000 for a FREE, no-obligation consultation. You are also welcome to order a complimentary copy of Max's book, Bicycle Accident Secrets Unlocked.