Do I need a lawyer if a driver hit me while I was riding my bike? 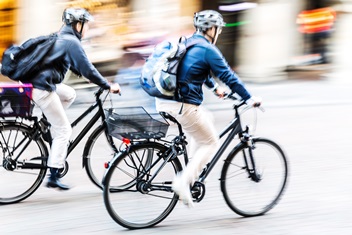 Seattle and its suburbs are among the most bicycle-friendly cities in the United States. However, accidents still happen with alarming regularity. If you or a loved one has been seriously injured in a bicycle crash, you could be entitled to significant compensation. An experienced bicycle accident attorney could help you secure the settlement you need and the justice you deserve.

Determining If You Need an Attorney

Bicycle accidents are not always serious. If you did not sustain any significant injuries in the crash, you might not require legal representation. However, you should consider contacting an attorney if:

Washington law is clear: if you have been injured in an accident that is even partially attributable to another person’s negligence, you may initiate a claim against the at-fault individual and their insurance company.

However, before you can expect the insurance company to enter negotiations, you will have to convince the adjuster that another motorist’s negligence caused your injuries.

Even if you have a seemingly open-and-shut case, securing a fair and equitable settlement after a Seattle-area bicycle accident can present unexpected challenges. While you might know that a motorist’s misconduct caused your crash, the other motorist’s insurance company might demand a seemingly unreasonable mass of evidence to support your claim.

Before the insurance company is willing to negotiate, you will have to demonstrate that:

What to Do After a Serious Seattle-Area Bike Crash

If you have been injured in a serious Seattle-area bicycle crash, you could bolster your chances of securing a fair and equitable settlement by:

Attorney Max Meyers works with victims of Washington auto accidents, including car, motorcycle, even bicycles, helping them all get the compensation they deserve. Working with a Bothell auto accident attorney provides you with a whole set of additional resources and skills that, in the end, will improve your chances of a more generous settlement. Having an attorney will also give you much greater peace of mind knowing the legal piece is being covered while you focus on recovering from your injuries.

If you've suffered injuries from an auto accident, contact our offices today or call us at 425-428-6052 to schedule a free consultation, we have proudly serviced clients throughout Bothell, Kirkland, and the surrounding areas.