‘Shoulder Surfing’ Seems Like a Way for Motorcycle Riders to Beat Traffic in Washington State, but Riders Beware! 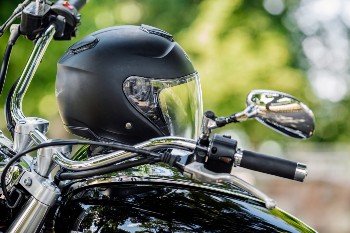 There are many benefits to riding a motorcycle in the Pacific Northwest, and beating traffic is one of them. Motorcycles are smaller, faster, and more agile than most cars and trucks, which allows riders to more easily maneuver through traffic.

Because motorcycles are able to make these moves, and because traffic on our highways and in our cities continues to worsen, many riders consider driving on the shoulder to cut around slow traffic or to more quickly access an exit or turn. Tempting though it may be, driving a motorcycle on the shoulder is illegal in Washington State, and riders caught using the shoulder face ticketing and fine. Worse, when an accident happens on the shoulder, the motorcyclist may not get a fair shake in court or from insurance.

What Is ‘Shoulder Surfing’?

The road’s ‘shoulder’—that stretch of pavement or gravel which runs alongside the moving lanes of traffic—is primarily intended for emergency situations. The shoulder provides space for police or ambulances to proceed to an accident, a place to move stalled vehicles in order to clear traffic, and, in more rural settings, an area for pedestrian or bicycle traffic.

When stuck in traffic or approaching their turn, some motorcyclists drive on the shoulder—sometimes called “shoulder surfing”. Though it may seem like a way to make great time or keep their bike’s engine from overheating, shoulder surfing and lane splitting are both illegal in Washington State.

Though attempts have been made to open the shoulder to motorcycles, none of those bills have been successful so far. Lawmakers cite the safety of emergency service workers as one reason the shoulder cannot be used as a lane of traffic. In addition, bikers are at greater risk from cars and trucks that might suddenly turn on to a shoulder or change lanes of traffic.

When a Motorcyclist Is Injured on the Shoulder

Because it is illegal for a motorcyclist to drive on the shoulder, the motorcyclist is frequently held responsible for an accident that occurs in this area. However, the State of Washington allows for comparative negligence, which means that, even when an individual is partly at fault for an accident or injury, they may still be entitled to compensation if it can be shown that the actions of another contributed to the accident.

For example, if a motorcyclist is involved in an accident while driving on the shoulder, it may seem like the motorcyclist is at fault because shoulder surfing is against the law. If, however, it can be shown that the driver of another vehicle was behaving recklessly or carelessly, a court may assign greater fault for the accident to that driver. Negligent or dangerous driving which could shift the responsibility of the accident from the motorcyclist to another might include:

If it can be shown that the primary cause of an accident is negligence on the part of the other driver, the courts should hold that driver responsible for the motorcyclist’s injuries.

Protect Yourself—on the Road and in Court

When an accident occurs on the shoulder, it is likely lawyers for the other driver will argue that the motorcyclist should be held responsible, even when the accident was caused by the negligence of their client, because it is illegal to drive on the shoulder. That driver’s insurance company may attempt to withhold payment for medical expenses by stating that shoulder surfing constitutes reckless driving. When this happens, it is essential for that biker to have an experienced, tenacious attorney in their corner to fight for their rights.

If you or a loved one has been injured while driving a motorcycle on the shoulder, but you believe the real cause of that accident to be the unsafe or unaware driving of another, contact our offices to schedule a free consultation and learn what Max Meyers can do for you. When you speak with us, be sure to request a copy of our free book: Motorcycle Accident Secrets Unlocked so you can learn more about protecting yourself as a motorcycle rider, on the roads and in court!