Who Is At Fault If a Car Makes Right Turn in Front of a Bicycle? 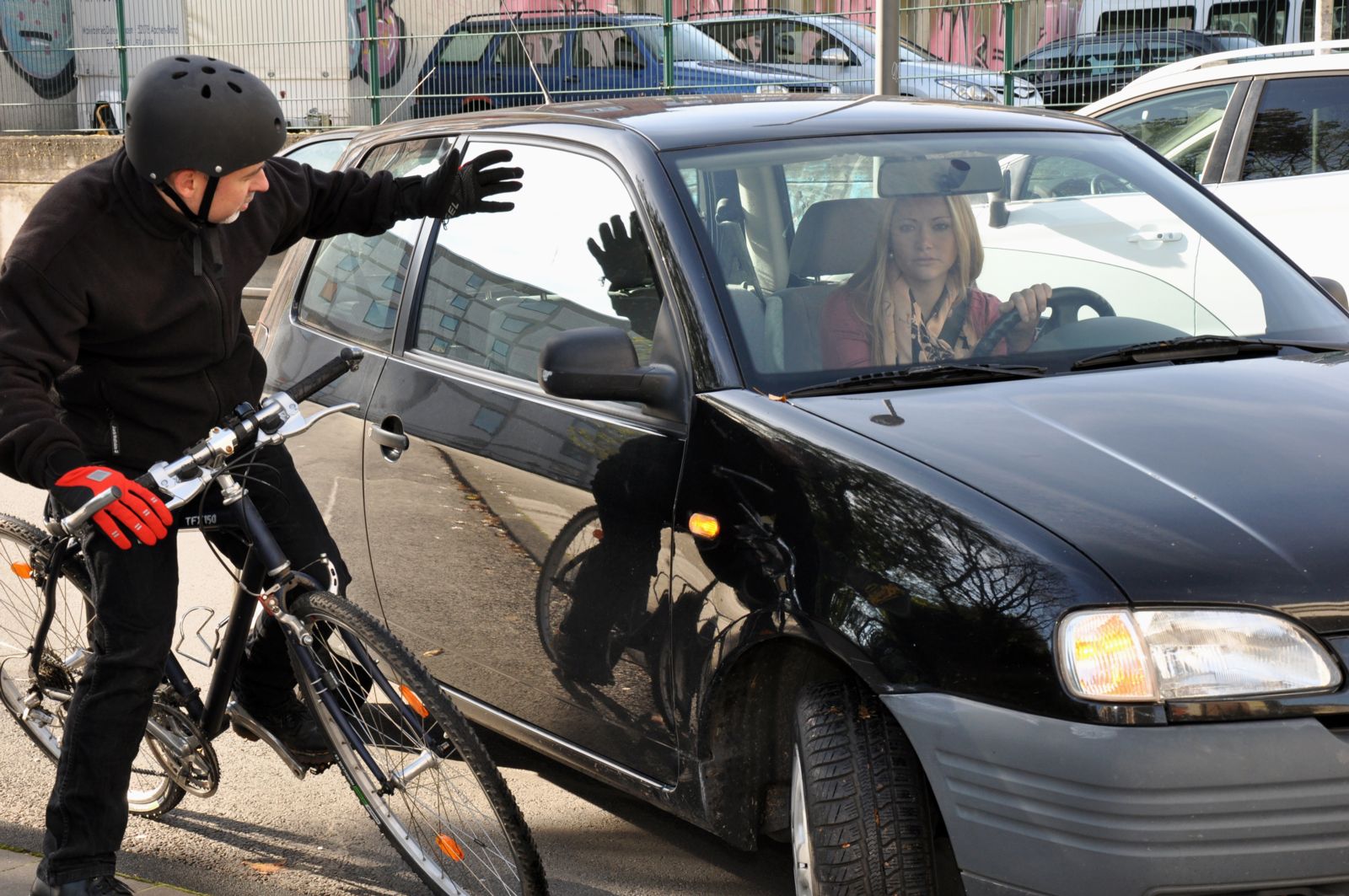 Consider these common right-rook car-bike accident scenarios provided by our Washington bicycle accident lawyer and how the details affect liability for the accident:

Car and Bike Traveling in the Same Direction in Washington

The car is traveling in the same direction as a bicycle that is in a bike lane or as far to the right of the roadway as possible. If the car driver pulled ahead of or next to the bicycle at the last moment and tried to turn right in front of the bicyclist, then struck the bicyclist or caused the bicyclist to hit the car, the car driver may be liable.

But if the driver was making a legal right turn when a bicycle traveling behind the car failed to slow down to yield to the car, then the bicyclist may be liable if he strikes the car. The Washington state statutes require bike riders to follow all the same rules as cars when riding on the road, as well as any laws specific to bicycles. Check out our page on Washington State Bicycle Laws.

Bicyclist Is In a Crosswalk as Car Turns Right

“Every person riding a bicycle upon a sidewalk or crosswalk must be granted all of the rights and is subject to all of the duties applicable to a pedestrian,” per RCW 46.61.755. If the car is turning right and hits a bike that is in the crosswalk, it is the same as striking a pedestrian.

Of course, if the bicyclist chooses to ride on a sidewalk and crosswalk, it must follow the rules applicable to pedestrians. So if a driver has a green right turn arrow and a bicyclist who is on a sidewalk has a Do Not Walk signal, then the car driver has the right of way.

How Should a Car Turn Right When There is a Bike Lane or a Bicycle on the Road?

Washington law requires drivers of motor vehicles to share the road with bicycles and to give them the same right of way they would give to any other vehicle. If a bicyclist is riding next to or in front of a vehicle, the car drivers should allow the bicyclist to proceed through an intersection before making a right turn; the car driver should always check for bicyclists when turning and should not speed up to try to turn in front of the bicyclist.

Drivers should also check for bicyclists and pedestrians on sidewalks and in crosswalks before making a right turn. Traffic signals will dictate who has right of way in crosswalks and all parties should follow the signals.

In a Bike Accident With a Motor Vehicle? Call Max Meyers

Not only does attorney Max Meyers handle many bicycle accident cases, but he is also an avid road cyclist. He has biked across multiple states and countries, taken part in the 200+ mile Seattle-to-Portland Bicycle Classic event, and climbed 10,000 vertical feet of Mount Rainier on a bike.

If you suffered injuries in a collision between a bicycle and a car, you could be eligible to recover compensation for your damages. If your accident involved a car making a right turn and causing an accident with a bicyclist, then your claim must prove that the driver was negligent when making the right turn.