Google entered the next testing phase of their self-driving cars in February 2016, stating that self-driving cars will soon be hitting the streets around their Kirkland campus. Google has previously tested the cars near the company’s Mountain View, California, headquarters and in Austin, Texas.

Advancing toward the release of these self-driving cars leaves many to wonder how these cars will affect auto accident rates, and how a crash with a self-driving vehicle will play out from a legal point of view. The answers, for the moment, remain unclear. 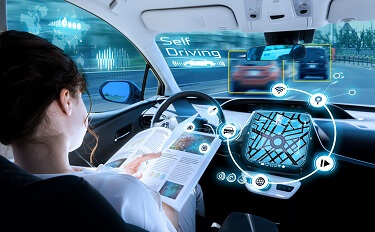 Currently, Google is testing their cars with a driver onboard who can take over as needed. In the future, however, it plans to remove the driver control devices – including the steering wheel and pedals – from the cars. This gives the driver little opportunity to override the computer, virtually removing the chance that human error causes an accident.

Google projects this could lead to a major reduction in highway accidents and traffic fatalities, as well as the costs related to these crashes. According to research published by the Eno Center for Transportation, driver error causes about 90 percent of all traffic accidents.

With self-driving models, these crashes might never take place. In fact, according to Chris Urmson, the head of Google’s self-driving program, out of the 11 accidents a Google self-driving car has been involved in, not one was the car’s fault.

According to Eno’s estimates, replacing just 10 percent of the cars in America with self-driving vehicles could prevent about 211,000 accidents each year, and save more than 1,100 lives.

Another type of accident that self-driving cars would greatly reduce is those involving distracted or intoxicated drivers. According to 2013 statistics from the National Highway Traffic Safety Administration, 10 percent of fatal crashes involved distracted driving, while 10,076 people sustained fatal injuries in crashes involving alcohol.

How will insurance laws work when a crash involves a self-driving vehicle?

There is no doubt there will still be car accidents, even once many motorists have opted for self-driving vehicles. What is not clear at this point, however, is how this technology will affect insurance and traffic laws.

The legal system often reacts to technology, instead of creating laws proactively to handle advancements in technology. This means it could be many years before lawmakers create or modify laws to deal with this type of collision. In the meantime, there are a few possibilities to consider:

Unfortunately, there will always be car accidents; however, car accident attorney Max Meyers is here to help victims of car accidents in Washington State. If you suffered injuries in a car crash in the Seattle area, contact us today at 425-399-7000 to discuss your options.