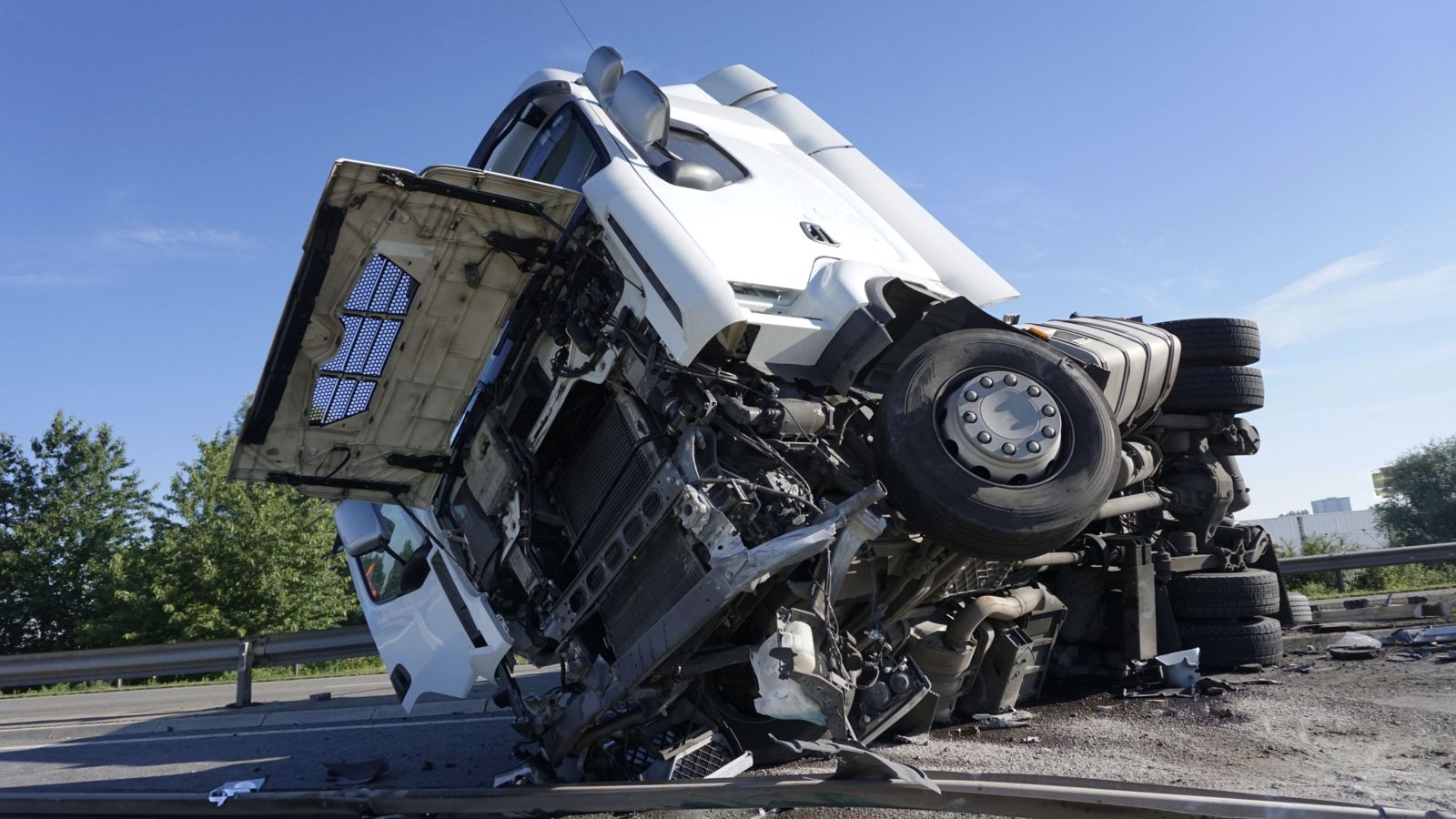 It takes more time and distance to stop a heavy, massive truck than a car, and trucks can jackknife, rollover, skid, or crash if the driver does not brake properly. The Washington State Department of Licensing (DOL) publishes a Commercial Driver Guide that contains extensive guidance on the proper use of truck brakes.

Below, we discuss how improper braking causes truck accidents.

Can Improper Braking While Driving Downhill Cause a Runaway Truck Accident?

Yes. Using the brakes too much going downhill can cause the brakes to overheat and fail. If overheated brakes cannot slow or stop a truck going downhill, the truck could smash into cars in its path or lose control when the driver attempts to steer around traffic. For these reasons, the DOL recommends that CDL drivers decrease their speed and shift down to a controllable speed at which they do not have to make hard use of the brakes.

How Can Improper Braking in Curves Cause Truck Accidents?

If a truck driver enters a curve traveling too fast, he may have to hard brake, which can result in loss of control of the rig. He may end up in an uncontrolled skid, a jackknife, or a rollover wreck. The Washington DOL urges CDL drivers to slow down and downshift before entering the curve, to maximize control and stability of their trucks.

Can Using a “Retarder” on Wet, Icy or Snowy Roads Cause a Truck Accident?

Yes. Although retarders cut down on wear and tear on truck brakes by slowing down the truck, they can cause the truck to skid when the drive wheels have poor traction. The Washington State DOL says drivers should turn the exhaust, engine, hydraulic, or electric retarders off when the roads are slick, to avoid going into a skid and ending up in a crash.

Can Driving With Wet Brakes Cause a Truck Accident?

Absolutely. When truck brakes are wet, they can apply unevenly, grab, or lose strength. These conditions can result in wheel lockups, pulling to one side, loss of braking power, and jackknifing.

To avoid these accidents, truck drivers should avoid driving through deep puddles or slow down and shift into low gear. Drivers should then ride the brakes lightly for a short while to dry them out with their own heat. Wet brakes can result in horrific crashes.

Can Braking in an Emergency Cause a Truck Accident?

Yes. Since it takes such a long distance for trucks to come to a stop, there may not be enough room to stop in a sudden emergency. In those situations, the Washington State DOL recommends that CDL drivers try to steer around to miss an obstacle rather than try to stop.

Truck drivers who must make a quick turn, however, should not hit the brakes while turning. Applying the brakes while executing a sharp turn can cause their wheels to lock up, which can put them into an out of control skid. They should try to avoid using the brakes until the truck has slowed down to around 20 mph. Big rig operators should exercise extreme caution when braking on a loose surface, such as the shoulder of the road.

How Much Distance Do Trucks Need to Stop?

According to the Washington State DOL, when traveling at 55 mph, it can take over 400 feet for a large truck to come to a stop under ideal conditions and reaction times. Although it sounds counterintuitive, it can take longer for an empty truck to stop than a fully loaded truck, because the brake systems work best on fully loaded vehicles. An empty truck has less traction and will require a longer stopping distance.

If a truck is traveling at high speeds or the driver is distracted or drowsy, the truck may not have enough distance to stop to avoid a crash. The driver may slam on the brakes, going into a skid or losing control of the truck. The truck may veer into another traffic lane to avoid hitting the upcoming traffic but strike vehicles in the new lane. The brakes may overheat and lose the ability to slow the truck. If this happens, the truck could roll over the back of a smaller car, crushing its occupants.

What Is the Correct Way to Stop Quickly if There Is Enough Distance?

Large trucks can avoid a crash or rollover by using controlled braking or “stab” braking to keep the truck going in a straight line and under control if they must stop suddenly and have sufficient distance. If the trucker, instead, just jams on the brakes, the wheels will lock, he will go into a skid and lose control of the truck. This situation has a high probability of ending in a rollover, jackknife or other crash.

Get Help After an Accident

Issues with braking can cause accidents, whether that stems from the improper use of brakes or defective brakes. If you are involved in a brake failure or improper braking accident, you may be entitled to compensation. For help after an accident, call Max Meyers Law, PLLC: 425-399-7000.