In 2012, 110 bicyclists suffered serious injuries in Washington, and 1,139 suffered minor injuries, according to the Washington Traffic Safety Commission. This includes 49 serious crash injuries among bicyclists in King County, which includes major metropolitan areas like Seattle and Bellevue.

While some people dismiss lacerations as minor injuries, some can be quite serious and may lead to severe health problems. If you’ve been involved in a bike accident that another party caused and you sustained serious cuts and abrasions, with the help of an experienced Washington bicycle accident attorney, you may take legal action to recover compensation for these and any other damages. 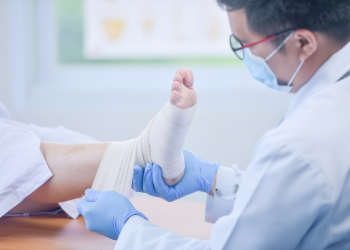 A laceration is a type of injury in which the skin and the underlying tissues are broken. In a bicycle accident, the injury could be the result of slicing from sharp components of the vehicle, bicycle, or other objects. Some are split lacerations in which the skin tears because of compression from blunt trauma, such as if the bicyclist is hit by a vehicle. In other cases, tearing occurs if the skin is pulled in opposing directions.

Some laceration injuries are the result of abrasions resulting from skidding on rough pavement or concrete. This is not an uncommon injury in bike accidents, and many refer to it as road rash. Whatever the type of laceration, the cyclist may be at risk of infection if the skin is broken, especially if not treated properly.

The amount of bleeding and pain associated with the injury can vary. Minor lacerations usually are accompanied by mild pain and minimal bleeding. Severe lacerations can be much more painful, and a significant amount of bleeding may occur. The latter can be quite serious and may require emergency medical attention.

Depending upon the severity of the laceration, treatment options will vary. Some lacerations simply will require cleaning, antibiotic treatment, and bandaging.

On the other hand, a more serious laceration will require medical attention immediately and may require stitches. A deep laceration can lead to rapid blood loss, which can result in death in severe cases. After the laceration has been treated, range of motion may be limited, depending upon the location of the injury. If the wound becomes infected, it can have serious health repercussions. Thus, the patient may be prescribed antibiotics.

Injured bicyclists in Bellevue who suffer severe lacerations have the option to file a liability claim or a lawsuit against a negligent motorist or another party who causes the crash. A claim can allow them to recover compensation for financial losses like medical bills or missed time at work. Emotional damages like pain and suffering might be recoverable as well, especially in cases of serious laceration injuries.

Discuss your options for taking legal action with an attorney, who can help you prove liability and establish the damages you’ve suffered as a result of the accident and your injuries.