Car Accidents in the Snow: Who Is Liable? 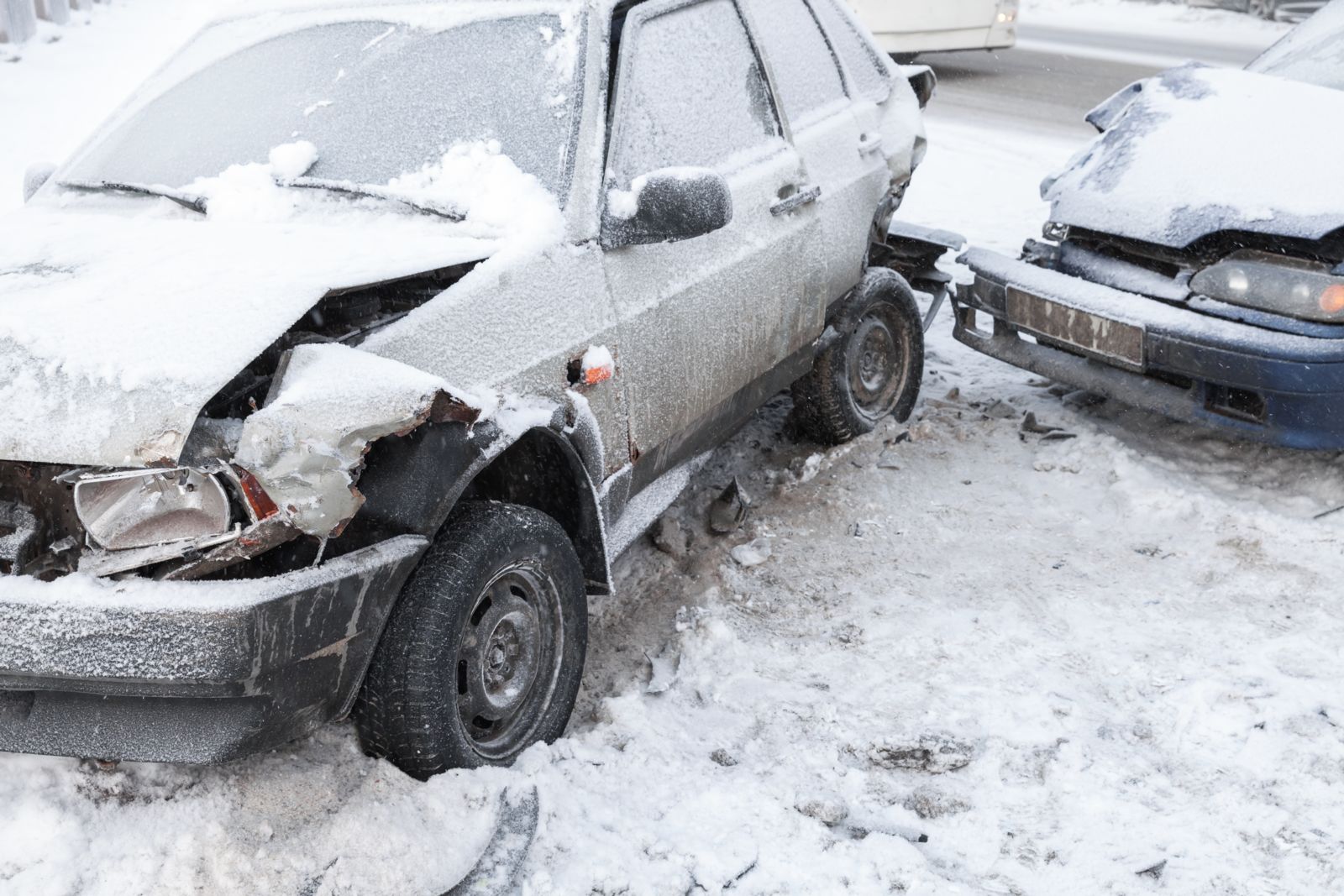 Someone else could be responsible for your damages if you were in a car crash in snowy weather. Do not assume that you are stuck with your losses just because bad weather may have been a factor in the accident.

At Max Meyers Law, our car accident team can help you determine who is liable for your weather-related crash. Kirkland car accident lawyer Max Meyers has experience helping victims of snow car accidents recover the compensation they deserve. Call today for a free evaluation.

When Is Someone Else Liable for My Single-Car Accident in the Snow?

Even if your car is the only one that wrecked, others can be at fault. Here are some examples where this might apply.

Another Motorist Drove Too Fast for Conditions

Imagine, for example, that you were driving your car with appropriate caution for the circumstances, but someone else was operating their vehicle too fast for the snowy road. If that driver lost control and caused your crash, they could be responsible for your damages.

If snow build-up on a large car or truck comes loose and obstructs your vision, causing your wreck, the driver of the other vehicle could be liable.

The Local Government Did Not Maintain the Roads Safely

If snow or black ice caused your wreck, the local government entity in charge of maintaining the roadways could be at fault. If, for example, the Washington State Department of Transportation (WSDOT) knew about a patch of black ice for several days—but did nothing to de-ice the roadway—and you were in a single-car crash, you could have a claim against the state.

Who Is Liable in a Multi-Car Accident on Snowy Roads?

If another driver operated their vehicle recklessly and this contributed to the accident, they will bear responsibility for at least some of the damages. Other drivers can also be at fault in snowy crashes even if they were driving in a manner one would consider prudent in clear weather with dry roads.

Here are some examples of situations in which another driver could be liable for your multi-car accident in the snow.

Another Driver Was Tailgating

If the driver was following too closely for ordinary conditions, they will be liable. They also can be guilty of tailgating if they did not lag back further than usually required because of the snowy road.

Another Driver Was Speeding

If another driver caused an accident while exceeding the speed limit, they could have to pay damages to the crash victims. They can also be guilty of speeding even if they were driving below the posted speed limit, but too fast for the weather and road conditions.

A Motorist Ignored Maintenance or Upkeep on Their Vehicle

If another driver failed to maintain their car in a safe condition, they could be liable for any accidents that occur as a result. For instance, if the at-fault driver’s car had bald tires or worn-out brake pads, which prevented them from stopping in time, they could be at fault for the wreck.

A Local Business or Another Entity Created an Unsafe Condition

If a roadside business drained a water tank over the road and created a patch of black ice, the owner or manager could be responsible for any collisions that occur at that location.

How Can an Attorney Determine Who Caused the Collision?

Whether it was a one-car or a multi-car crash, we will get the police report on the accident. The report should contain extra details about the inclement weather, road conditions, and how all the drivers handled themselves under the circumstances.

Our car accident team will conduct an investigation of the wreck, visit the scene, and talk with witnesses. If we need to, we will work with experts in accident reconstruction to show what caused the crash. We pull all the evidence together to prove the other driver’s negligence.

What Happens If No One Was at Fault?

Sometimes, law enforcement officers decide that all the drivers were operating their vehicles in a reasonable and prudent manner for the circumstances, and they do not charge anyone with causing the wreck. When this result happens, each driver must look to their own insurance to cover damages.

We realize, however, that officers are human and they can make mistakes. If we can find evidence that someone else was at fault for your snowy weather accident, we will seek damages from that person. With our years of experience handling accident claims, we know how to obtain evidence proving fault.

What If More Than One Person Was Negligent?

If more than one party caused your crash, they will both be responsible for your damages.

For example, imagine a speeding driver hit a patch of black ice on the snowy road from a business that drained the water tank. You were in the path when the speeding driver went out of control. Although you reduced your speed for the weather and road conditions, there was no time to avoid getting struck by the speeder’s car. In this case, both the business and the speeding driver would be at fault for your wreck.

What Happens If I Was Also at Fault?

If you were also at fault, Washington’s comparative negligence laws allow the judge to reduce the amount of your compensation in proportion to your negligence.

For example, in the above scenario, imagine that you did not have time to avoid the collision because you were paying attention to a driving distraction instead of the road. If the judge decides that your negligence was 10 percent responsible for the accident, they can lower how much money you receive for your losses. If your damages were $50,000, you would only receive $45,000.

How Can I Talk to a Car Accident Lawyer About My Crash?

The legal team at Max Meyers Law can help you determine who caused your snowy weather car accident. Call us at 425-399-7000 today for your complimentary consultation with no obligation.