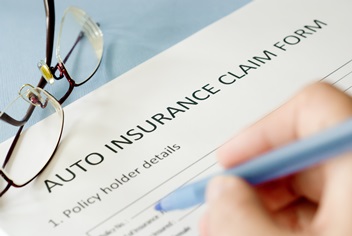 Washington requires that every road-legal vehicle be insured. However, compared to other states, Washington has low mandatory coverages. If you or a loved one has been seriously injured in a Seattle-area automobile accident, you might have to look beyond the other driver's insurance policy for compensation.

Washington is not a no-fault insurance state. Instead, Washington has a comparative fault doctrine, meaning that the fault of all parties in a car accident is considered when determining damages. If your own negligence contributed to a crash, then your potential compensation could be reduced by a percentage proportionate to your level of fault.

Almost every state in the country requires that automobiles be insured, and Washington is no exception. State law mandates that every motorist has coverage of at least:

Washington's minimum coverage amounts are sufficient to cover the costs associated with minor to moderate injuries, as well as some medical procedures. However, simply purchasing the lowest-price policy does not guarantee that you will be afforded the resources you need to recover after a serious automobile accident. You could bolster your protection by adding features such as:

Your Options for Compensation After a Washington Car Crash

What Happens When Insurance Isn't Enough

Washington, like most states in the country, makes automobile insurance mandatory. While mandatory policies are supposed to protect motorists if they are injured in an accident, insurance companies are still for-profit enterprises. Unfortunately, insurers do not generate a profit when they pay the maximum amount of compensation to every deserving driver, regardless of how seriously they have been injured. Consequently, insurance adjusters often look for any reason to devalue or deny a claim. They could:

Insurance companies frequently contest claims and are often unwilling to negotiate in good faith with automobile accident victims. But despite what the insurance company might want you to think, you do not have to give in to heavy-handed pressure tactics and coercion.

Your Potential Damages After a Washington Automobile Accident

Max Meyers Law could help you obtain a fair, equitable settlement, even if the insurance company has already tried giving you the silent treatment. We could investigate the circumstances and causes of your accident, building a compelling, evidence-based case for compensation against anyone whose negligence may have caused or contributed to your injuries. This could include:

We could negotiate damages for:

Washington does not currently cap the amount of economic damages you could receive after an automobile accident, meaning that you could get as much money as you need to begin moving past a serious, Seattle-area car crash.

Max Meyers Law could fight for your rights, whether in insurance negotiations or before a judge and jury. Please send us a message online or call us at 425-399-7000 to schedule your free, no-obligation consultation as soon as possible.