A tragic fatal crosswalk accident happened this morning on Juanita Drive NE near Kenmore, WA just south of the Inglewood Goff Club. A young woman in her 20s was in a crosswalk when she was hit by a car. The car stopped initially then fled the scene.  Luckily, the police have found the vehicle and the driver is in custody. Hit-n-run charges at a minimum should be filed as well as vehicle homicide charges.

Here's the area where the woman was hit in a crosswalk. 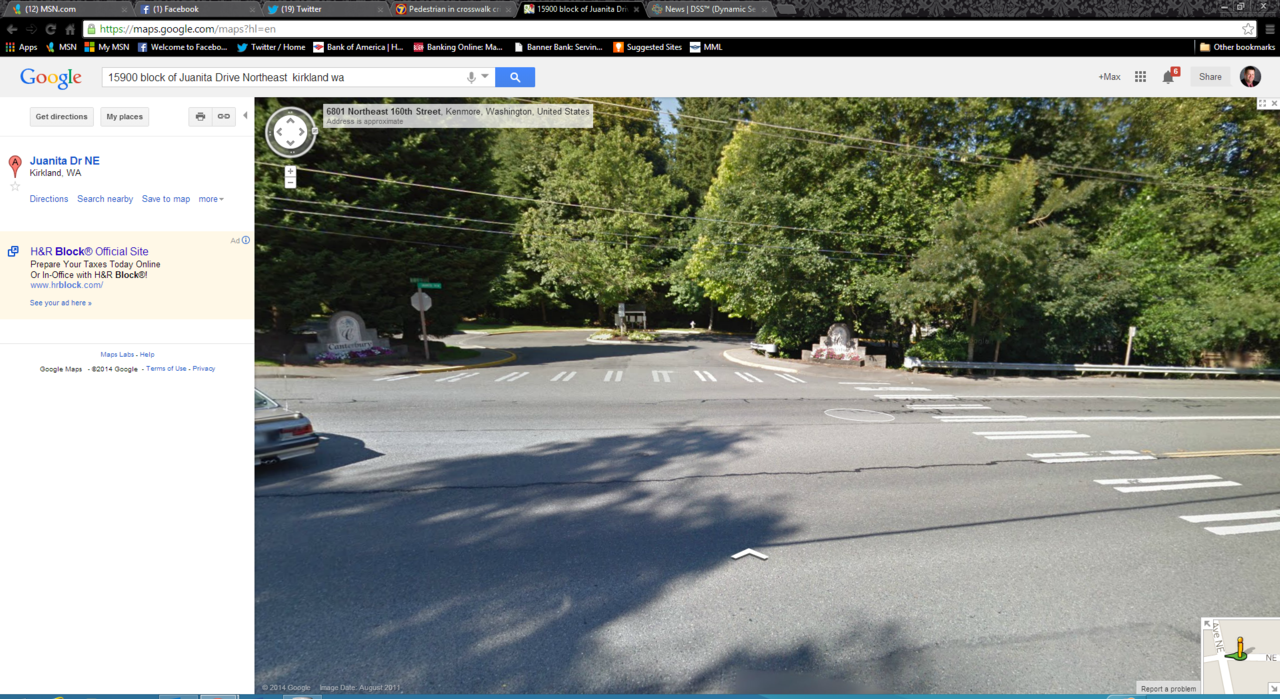 The woman suffered critical injuries and passed away shortly after the collision. My prayers go out to her family in this difficult time.

As you can see the crosswalks are marked well, so it seems this never should have happened if the driver was paying attention. It hasn't been report which crosswalk was involved. But in all likelihood it was the one on right of photo, which crosses Juanita Dr. NE.

That section of Juanita Drive NE is on a hill where vehicles regularly exceed the speed limit. I used to ride my bicycle on that road regularly and it is a dangerous hill for pedestrians and bicyclists. The hill is a 6% grade where vehicles need to do a better job of controlling their speed. There isn't much in the way of sidewalks so pedestrians and bicycles are forced to walk or ride on the shoulder of the roadway close to vehicles.