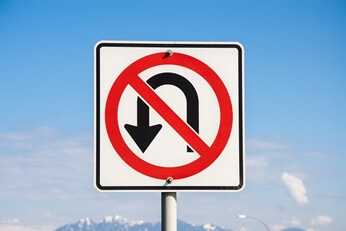 Every motorist in Washington has a legal obligation to ensure that they drive with reasonable care. Unfortunately, some drivers do not respect the rules of the road. When people let impatience, road rage, or recklessness blind their sense of right and wrong, they endanger not only themselves but everyone around them.

While automobile accidents could happen anywhere, they are especially common in and around intersections—a common feature of every commute that, when traversed without caution, become uncommon sources of danger.

When someone initiates a turn or enters an intersection without checking for oncoming traffic, they could cause a serious motor vehicle accident. Improper turns could have catastrophic consequences if a negligent motorist makes an improper:

The severity of an improper-turn car accident could be dependent on several factors, including but not limited to:

However, even though high speeds and other risk factors correlate with a greater risk of injury, even minor collisions can result in serious injuries, such as:

Some injuries have the potential to become chronic, long-lasting medical conditions. Whiplash, for instance, may not present any noticeable symptoms for days, weeks, or even months after an accident. However, once whiplash-related symptoms become apparent, they may be untreatable and could persist indefinitely.

What to Do After Being Involved in an Improper-Turn Collision

If you or a loved one has been involved in a Washington car accident that was not your fault, you should protect your rights to recovery by:

Your Potential Damages After a Seattle-Area Car Crash

Washington state does not currently limit the damages that an accident victim could receive after filing a personal injury lawsuit. Your attorney could help you secure compensation for damages, including:

While Washington does not cap car crash-related damages, the Evergreen State does have a strict statute of limitations: if you wait too long to contact an attorney, the court could dismiss your automobile accident claim without giving you a chance to even present evidence.

Attorney Max Meyers works with victims of Washington auto accidents, including car, motorcycle, and bicycle crashes, helping them all get the compensation they deserve. Working with a Bothell auto accident attorney provides you with a whole set of additional resources and skills that, in the end, will improve your chances of a more generous settlement. Having an attorney will also give you much greater peace of mind knowing the legal piece is being covered while you focus on recovering from your injuries.