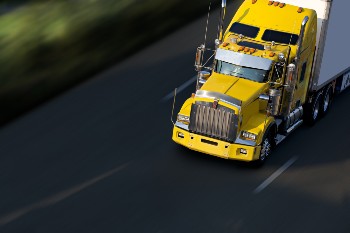 America runs on trucks. Our Washington truck accident attorney acknowledges that if it were not for the men and women who drive the flatbed trailers which carry cargo to manufacturers, the semi-trailers which bring goods to market, and the box trucks that deliver directly to consumers, the United States economy would grind to a halt.

That said, trailer and box truck traffic in the United States is one of the many dangers facing drivers on the highway. That danger will only become more widespread as e-commerce and online ordering drive up the need to increase the number of shipping and delivery vehicles on the road. Understanding just a bit about the kinds of accidents likely to occur between a passenger vehicle and a truck, what causes them, and how to protect yourself if you have been involved in an accident with a truck, should provide drivers in Washington State with an increased sense of security.

Every accident is different, but after years of working with clients injured in traffic collisions, it is easy to see how certain types of accidents involve these larger trucks:

The immense proportions, weight, and size of trucks can make them more difficult to steer and control, which is why truck drivers are required by the Federal Motor Carrier Safety Administration (FMCSA) to earn a special license in order to operate these larger vehicles. Earning a Commercial Driver’s License (CDL) requires a driver to undergo a background check of their driving record, pass a written knowledge test, and a driving skills test; some states also require drivers to complete an entire CDL course before earning their license.

Even with all this training, many accidents involving commercial vehicles are the result of the reckless or negligent behavior of the person behind the wheel of the large truck. Common causes of trucking accidents include: