Who is at fault in a head-on collision? 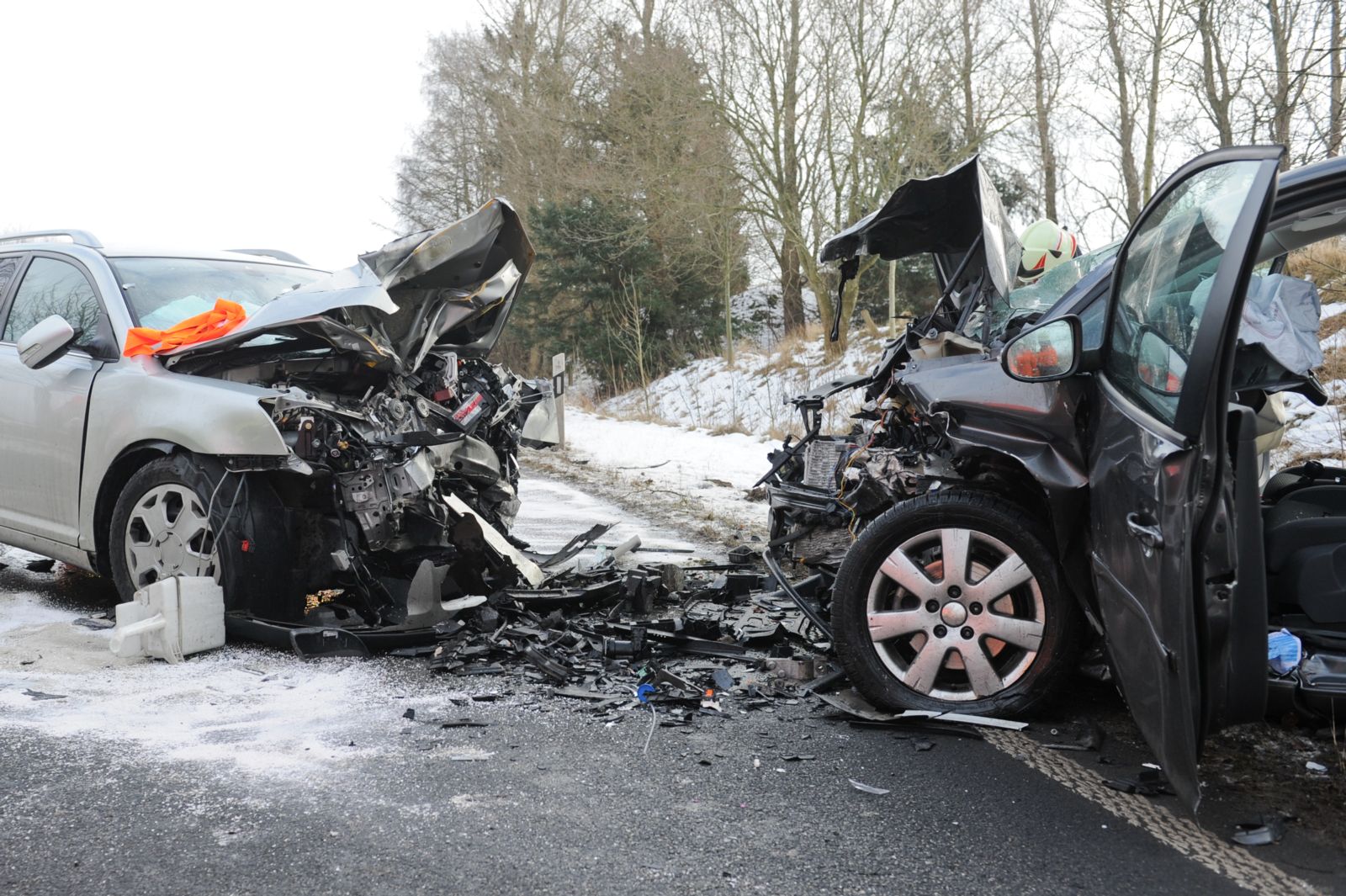 Who can be liable for a head-on collision?

Liability depends on the circumstances of the collision. There are quite a few things that can contribute to these accidents:

Depending on the circumstances of the head-on crash, your liable party might be:

In almost every case, the driver who crossed over into oncoming traffic, violated a traffic law, or misread a sign will be liable.

Alan is driving while under the influence of alcohol on a two-lane rural road. He is weaving from side to side in his traffic lane. When he crests a hill, he enters the lane for oncoming traffic and crashes in a tractor trailer that was driving in that lane.

Alan’s intoxication caused him to leave his lane of travel. He is liable for the head-on accident.

Beth is driving home after pulling a double shift. She nods off to sleep, and her car drifts into the path of oncoming traffic. Beth’s fatigued driving makes her liable for the head-on crash.

Carla is driving around her new city. Unfamiliar with the roads, she misses the “Wrong Way” sign and drives down a one-way road, where she crashes into another car.

Edie is late for work, and gets stuck behind a slow truck on a two-lane rural road. She pulls out into the oncoming traffic lane to pass the truck. She misjudges the speed of an oncoming vehicle and crashes into it. Edie is at fault in the head-on collision.

In some cases, the driver of the car that drifted into oncoming traffic might not be liable. This might occur if any of the following caused the driver to lose control of his vehicle:

Note: If the driver suddenly had a heart attack, for example, no one will be at fault, due to the sudden medical emergency defense.

Other Drivers or Pedestrians

If the driver lost control after swerving to avoid someone or something that unexpectedly entered his lane, whoever entered the lane will likely be at fault.

These cases can be difficult to prove as the negligent party likely left the scene. A car accident lawyer from Max Meyers Law, PLLC will examine surveillance video and interview eyewitnesses to determine whether anyone saw the accident happen and/or saw the negligent party’s license plate number.

Many head-on crashes result from poor roadway design or maintenance. Left-turn lanes and reversible lanes are frequently the sites of head-on crashes. The lack of a center median also causes a number of head-on collisions.

The government entity responsible for the design and maintenance of the roadway may be responsible if you can prove unsafe design or maintenance caused the accident. For example, if the entity knew the paint on a turn lane was fading but did nothing to touch it up, it could be liable if a driver could not see the paint and was involved in a head-on collision in a turn lane.

The government might also be liable if a lack of signs made the road’s direction unclear (e.g., no wrong-way signs at the beginning of a one-way road).

Get help from a Kirkland car accident lawyer.

These cases are complicated and sometimes involve many different parties. If you were injured in a head-on accident, call the office of Max Meyers Law, PLLC today at 425-399-7000 for help navigating your accident claim.